What are examples of earned media? 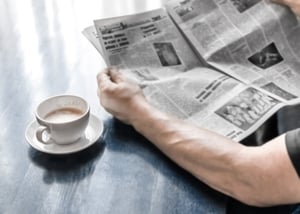 Earned media is the coverage your company gets without paying for it. This isn’t done through self-promotion or advertisements nor posting news releases on PR newswires.

Earned media shouldn’t be confused with paid media, which would be paying influencers or running social media ads. It is distinctly different from owned media as well, which is the attention your company’s website attracts.

Earned media is getting in the news and bringing attention to your brand.

Money can’t buy organic attention, yet it’s so valuable to a company.

Earned media is all over the internet and viewed throughout the day, and you may not even be aware that’s what you’re seeing! Some of the most common types of earned media take the form of news coverage or interviews, product reviews or influencer shoutouts, and of course, social media movement.

The peak of earned media, however, is with something referred to as “brand synonymity” or “brand equity.”

Being “brand synonymous” means people use your brand name as the catch-all description of a generic product. This is a pretty powerful position to be in, and most people don’t realize the product they are mentioning isn’t called what they’ve called it their entire lives. Do you refer to your tissues as Kleenex or your cotton swabs as Q-Tip’s? Did you know their ‘names’ were just the most popular brands creating the product all along? Consider moving this even further to verbs, such as Xeroxing papers and Googling something.

Brand synonymy is powerful, and it is the pinnacle of earned media.

Some examples of earned media

Virginia Marion Bullard is an intern with Axia Public Relations and a senior at the University of Florida College of Journalism. Virginia is based out of Jacksonville, Florida and has a passion for crafting blogs and short stories for everyone to enjoy.