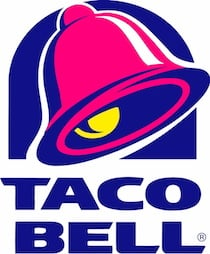 We all know the saying, “Good artists borrow; great artists steal.” This might be fun to kick around in the art world, but when it comes to your hard-won public relations strategies and message concepts, do you have a plan if a competitor steals your good ideas? We’re talking about serious and well-developed work you’ve created to strengthen your brand’s relationship with your audiences. Don’t let anyone “borrow” it without a fight. Here are some key points to consider when it comes to stolen brand image property:

The public relations industry attracts creative minds, yet as in all creative arenas, some firms can show a lack of originality that seems to cross the lines of idea ownership. This can extend to firms using copycat news releases and all-too-similar brand management strategies on social media or other tools in an attempt to build brand awareness.

One brazen example running nationwide surrounds Taco Bell’s foray into the breakfast market. The campaign features people named Ronald McDonald who espouse their love of the new Taco Bell waffle taco breakfast offering. Obviously, Taco Bell is taking aim at breakfast giant McDonald’s, but is it trotting out an original concept? Hardly. In 2002, Jack in the Box ran an ad campaign that centered on mascots from other chain restaurants who preferred Jack in the Box burgers. One of the people in the ad was a man named Ronald McDonald. Sure, it’s been a while, but the similarities between the campaigns are stirring up quite a dialogue.

The Public Relations Society of America (PRSA) addresses plagiarism in its professional standard advisories. The PRSA notes that plagiarism is an “all-too-frequent practice” that involves the “unauthorized use or close imitation of the language and thoughts of another author and the representation of them as one’s own original work.” Furthermore, it says the act is “ever-present” and that an ethical practitioner “respects and protects the integrity of that information.”

If you’re working with a top-ranked, professional PR agency that has its own stock of talent, plagiarized campaign concepts shouldn’t be a concern. If you’re managing your PR in-house, be careful – and be aware that both consumers and brand owners can recognize copycat messaging.

Doing your due diligence to ensure that your PR campaign ideas are indeed new isn’t just part of integrity, it’s also your ticket to standing out. Consumers process a barrage of campaign messages that try to draw them closer to brands, so your message has to be original across news, social media and spokesperson arenas; it may take a few months to develop. Original concepts are another reason hiring a professional PR team helps you achieve the best results for your investment.

When another firm blatantly lifts elements from your PR strategy, how should you respond? A representative with the PR firm responsible for the Jack in the Box campaign responded with a “Shame on them for not doing their due diligence.” Another representative from Jack in the Box said it’s not the first time an idea has been lifted from the company and that because it is a regional player, the national players pick on it more.

Playing the victim isn’t your best bet for turning the tables back in your favor; aim instead to use the moment to leverage even more attention for the attributes that make your product or service a true one-of-a-kind. Utilizing social media alongside your brand champions to share the message that you were first in this concept – and that you’re still the best – can also be effective and swift.

Last year, Christopher Penn addressed the issue in an article in Shift Communications, stating “Plagiarism not only hurts your brand, it damages things like SEO ranking factors, which has a real economic impact on your business.” He’s got a good point here. The firm that lifted your work has done more than take what’s yours; it could be affecting you financially. Penn recommends issuing a claim of copyright violation to the offending firm. He also recommends reading a seven-page guide called “A Practical Guide to the Fair Use Doctrine in American Copyright Law” to ensure that your ideas have truly been legally violated.

If you know you want to execute original public relations strategies that hit home with your target audience, contact Axia Public Relations. From national news outlets to brand and reputation management, our team uses inventive tactics to create solid strategies that no one else has seen or done before. Give us a call today. 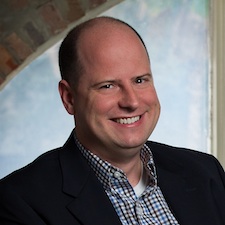