Did your broom stand on its own? 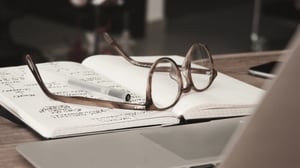 False claims and made-up stories have always been a thing, and since the internet arrived, it’s easier than ever to fall prey to them. One of the most recent false news stories is “the broom challenge.” On February 10, a Twitter user posted a video of herself balancing a broom on its own. She claimed that, according to NASA, this was the only day it was possible for the broom to stand on its own due to the Earth’s gravitational pull. The tweet quickly went viral and soon thousands of people were sharing and posting photos and videos of themselves balancing brooms. Several news agencies and celebrities joined in the fun.

The problem? NASA never said that. You can actually balance a broom on any given day. Go ahead, try it. In the end, this viral false claim was relatively harmless. It’s still pretty scary how easily people believed it.

What can you do to protect yourself and your company from spreading misinformation? Here are some things to consider when you come across dubious information.

Is the website a .com.co site? Sources like ABC News are reputable, however, abcnews.com.co is an illegitimate news source that commonly posts false information. Also, people frequently share from satire sites like The Onion and The Duffel Blog. Don’t let satire articles and fake sites fool you.

Do the claims make sense? Is this something you’ve heard before? Does the photo your friend shared look photoshopped? Does it contradict what you were previously taught by a professional? If you stop and think for just a moment about the claim and any prior knowledge you have on the subject, you may be able to quickly debunk it yourself.

Research the story. A quick Google search of the information should show you other similar articles from reputable outlets. If it doesn’t, you might want to rethink the information presented. The initial user who posted the broom story claimed it came from NASA. A fact-check on NASA’s website and social media feeds didn’t support the information.

On the internet, not all information is factual or reputable. Protect yourself, your company, and your clients by only sharing information that you know to be true from trusted sources. What are some tips that you and your company use to stay away from false information?

Has your company recently dealt with a crisis that damaged its reputation? Is someone spreading false information about your products? Axia Public Relations specializes in crisis and reputation management. Download Axia’s complimentary e-book “Managing Public Relations in a Crisis” today for expert advice.

Emily Hileman is a spring intern at Axia Public Relations and a senior at Austin Peay State University. She’s interested in news and social media. Emily has worked for Axia since January 2020.