Crisis PR: How to handle terror threats and attacks 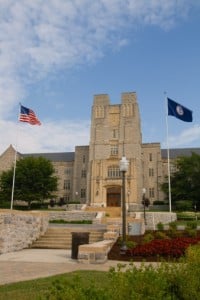 Acts of terror on university campuses leave a mark on society that is hard to erase. Incidents at University of Texas, the Virginia Tech Massacre, University of Alabama and a recent gun scare at Yale are just a few on the long list of tragedies. The U.S. Department of Education’s most recent national crime statistics for colleges show there were 1,410 on-campus weapons violations in 2011. There were 16 reported murders or cases of non-negligent manslaughter that same year.

Can we ever be emotionally ready for the pain and turmoil that come from a violent act? No. However, public relations professionals have an important responsibility that is often overlooked. In these moments of panic, the best way to react is to have a plan already in place that will not only help survivors to safety, but also supply the media with the information they need to inform the community during and after the situation.

Prepare for the worst

There is important information college administrators can gather from the Virginia Tech Massacre. There were two separate shootings that day, a few hours apart. After the incident ended, Virginia Tech administrators received a lot of criticism on how they handled the situation during those hours and afterward.

Many public relations critics say the school waited too long to take action. After the initial shooting of two students in a dorm room, the communications staff went into crisis management mode rather than focusing on the safety of the students. According to a 2013 survey of campus protection stakeholders by Campus Safety Magazine, one in four campus police departments are not prepared to handle an active shooter. Another 46 percent said they are understaffed.

In the case of the recent gunman scare on Yale’s campus, that school’s administration took on a much more planned and active approach. The campus has an emergency management team that meets weekly to do “tabletop” exercises. The staff walks through potential scenarios and how to respond to them. After the 911 call was made reporting a possible gunman on campus, the team jumped into action to make sure every base was covered to minimize harm.

Be accurate, be fast

In the Virginia Tech shooting, the staff sent out four separate emails during the shooting. They told students who were off campus to remain off campus, and students on campus to avoid windows. While emails are effective in certain situations, this scenario called for a faster release of information. The first email was sent two hours after the first shooting, and 10 minutes after the massacre of 30 students.

In the time of a crisis, many outlets are going to be flooded with traffic. Do not depend on only one outlet of communication – send out text alerts, website notices, Facebook posts, tweets and respond accordingly to the media representatives who can carry the message onto their blogs or web pages. Disasters such as 9/11, Hurricane Katrina in 2005 and the Minneapolis bridge collapse in 2007 put strains on local networks. Many lose cell phone service due to the overload of calls coming and going through the towers. By sending out information through multiple platforms, that information is more likely to reach the students and their families.

Yale had an excellent social media response in place during the scare. In the school’s Yale Alert system, administrators sent out consistent messages through texts, social media, emails and via the speakers on campus. They also had formed a relationship with Yale police and NHPD, which helped law enforcement and the administration stay on the same page throughout the anxiety-ridden day.

However, as crucial as it is to get information out to students, family and the media at large, it is just (if not more) important that the information is accurate. One common mistake of crisis management teams is sending out updates too quickly and not fact-checking first. Correcting information is incredibly difficult once it has already been posted to the Internet.

After the incident is over, the pain that resonates is difficult to deal with. As if mourning losses isn’t enough, the media puts a spotlight on the university. As much as Virginia Tech was criticized for how administrators dealt with the shooters during the incident, they were praised for how staff handled the aftermath.

The college president, Charles Steger, and experts that worked on the Columbine and 9/11 crisis cases collaborated on how best to handle the media. Steger was calm and collected during interviews and was willing to answer any questions. He also took responsibility for the mistakes that were made and put new plans into motion to ensure that a tragedy of this magnitude would never be handled the same way.

The same goes for the Yale incident. Even after the reports of a gunman turned out to be false, College Dean Marly Miller made it clear to the media that the administration planned on correcting any mistakes that were made with communication. What is important to note for both cases is that the administration was the first to critique itself.

In any crisis situation, the best move is to be your own worst critic. Don’t let third-party media tell the community what was done wrong; let it come right from the source. Be transparent about the issues at hand and, more importantly, how they will be fixed.

Tragedies are just that: tragic. How they are handled when they occur can be the difference between many lives lost or a few lost. It also means that families of affected loved ones can get information that is quick and accurate. Most importantly, have a practiced plan in action – because you never know when you might need it.

A student at the University of North Florida, Brittney has sought to gain experience in every outlet of the communications field. She strives to produce work that will inspire, move, and gain the exposure clients need to be successful. Her professional mantra is to face the challenge of a competitive market with a smile. If you want to connect with Brittney, you can find her on LinkedIn (http://www.linkedin.com/in/brittneydarner), follow her on Twitter (@brittneydarner) and Wordpress (http://brittneydarner.wordpress.com).