Calculating the Return On Investment for a Public Relations Campaign: A Concise Guide

How to know if your PR campaigns are financially successful 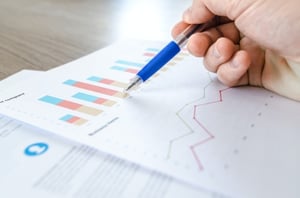 Are your campaigns really profitable? How can you prove that your marketing campaigns were of value?

Calculating the return on investment (ROI) determines if you’ve been making a profit from your public relations campaigns and helps you identify which PR exercises yield the most buck.

This article discusses ROI on PR campaigns, how to calculate it, and challenges against a perfect ROI calculation.

The meaning of Return On Investment

ROI stands for return on investment, which is the amount of money you get from an investment compared to the amount you put into it. Thus, it measures not only the profit but also profitability.

If you’re keen on calculating the ROI of your PR campaign, a simple formula is laid out in the following steps:

The proper ROI for your PR campaign

Your PR campaign should have a positive ROI to be considered successful in financial terms. This implies that the campaign fetched more than it cost. Therefore, according to the formula above, the ROI should be more than 0%.

However, PR pros tend to be quite ambitious; many don’t deem anything less than 20-100% ROI acceptable.

Whatever the case, aim to have an ROI of more than 0%. If you can’t run, walk; by all means, keep moving.

The challenges of calculating a comprehensive PR ROI

Calculating the ROI for a public relations campaign can prove quite tricky.

This is because, for a perfect calculation, you need to factor in the following:

Some PR agencies don’t consider the second and the third elements. Therefore, they underestimate the actual amount spent on the campaign and get higher ROIs when they calculate.

Also, an exact calculation of what you earned from the PR campaign can be tough. This is because:

Photo by Lukas from Pexels