A look into what not to do 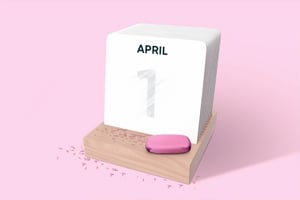 We’ve all seen harmless company April Fools’ Day pranks that went well. But what about the ones that caused a PR nightmare?

In 2001, Florida radio hosts Val St. John and Scott Fish were suspended after broadcasting there was dihydrogen monoxide coming from their faucets. While dihydrogen monoxide is just the scientific name for water, people went into a panic frenzy. After hundreds of people called with concerns, Lee County officials issued a news release informing people the water was safe to drink and the statement made on the radio was part of an April Fools’ prank. During every commercial break, the radio station manager assured the statement made was an April Fools’ prank.

The hosts could have resolved the issue by announcing to the audience it was a prank after 30 seconds went by. Thinking of a different April Fools’ prank would have been best. April Fools’ Day pranks should be designed to be a harmless laugh, not potentially cause mass panic.

In 2016, Google implemented a “mic drop” feature attached to the “send” button on Gmail. The meaning behind this prank was to end a conversation by adding a Minion meme to the email with a “mic drop.” The problem is that it replaced the “send and archive” button. When someone sent an email, it automatically sent the email with the meme and then muted the thread. People were furious.

Google revoked the feature on Gmail and released an apology the same day saying they “missed the mark.”

In 1999, a bank in Connecticut released a false advertisement announcing they would be charging customers a $5 fee to visit a teller. It was said the fee was necessary so the tellers could provide “professional, caring, and superior customer service.” Customers were angry with the added cost to visit a bank. A second advertisement was released emphasizing that it was a joke.

When creating these jokes, it’s important to think about the content you’ll be putting out. Is it offensive? Will it be easy to take out of context? Will anyone be harmed in the making? If any of these answers are yes, you may want to think of alternative solutions. Putting out a risky post has the potential to damage your reputation and cause unnecessary expenses.

Christie Parhiala is a fall intern at Axia Public Relations. She is currently a public relations and marketing student at the University of North Florida.

Photo by Morning Brew from Unsplash