4 reasons the popular app is rated only two stars

A new app, Sarahah, is flooding news feeds with anonymous message requests and “honest and constructive criticism” snapshots. Users can share their Sarahah link asking for feedback and then share the messages on their social media. The app claims its purpose “helps you in discovering your strengths and areas for improvement by receiving honest feedback from your employees and your friends in a private manner.” So why is the top trending app in the App Store rated only two stars?

The app doesn’t disclose who sent the message and users can’t respond to defend themselves. When someone sends a vulgar and degrading message, there’s no way to remove or report the message to the developers. There’s no removing the user’s account so there are no consequences.

Think about the reasoning behind sending an anonymous message. If it were appropriate, why hide behind anonymity?

Once you send a message, the app says, “Thank you for your honesty :),” essentially rewarding those who left a negative or insulting message. Sarahah has a quick, one-button share option for all received messages. So the anonymous users also get to see their messages shared on social media from the curious user.

The app originally started as a website for honest employee feedback. If employees need to tell coworkers how they feel anonymously, is what they’re saying really constructive? Imagine sitting at work and wondering who thought your presentation didn’t go well. That invites insecurity and tension in your team.

Whisper, another anonymous app, allows its users to publish their “secrets.” The difference is that the users are in control and their messages aren’t sent to any person. Whisper also has a machine learning system called “The Arbiter” that automatically removes posts that violate its guidelines.

Yik Yak and Secret, two other anonymous apps, eventually shut down because of the lack of moderation. The apps are trendy at first; however, eventually users get tired of the negativity without responsibility, and move on.

At Axia Public Relations, we monitor what’s trending in social media and online. We use media platforms to engage with target audiences and maintain our clients’ reputations. Since we know your brand is only as strong as its first impression, we offer ReviewMaxer software, an online review management service. Download Axia’s Online Reputation Management Guide and learn how to plan an online reputation campaign now.

Becca McClure is a passionate public relations professional who works on various client social media accounts and public relations campaigns. Clients love her infectious positive attitude and her strong work ethic. Becca joined the Axia Public Relations team in February 2016. Learn more about Becca McClure. Connect with Axia on Twitter @axiapr or tell us what you think in the comments below. 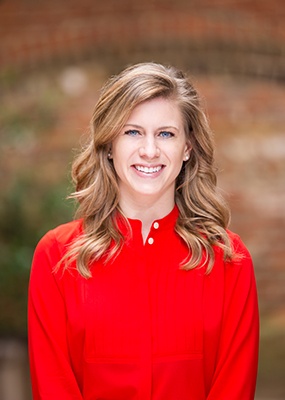 Becca McClure is a passionate public relations professional who works on various client public relations campaigns and projects. Clients love her infectious positive attitude and her strong work ethic. Becca joined the Axia Public Relations team in February 2016. Learn more about Becca McClure. Connect with Axia on Twitter @axiapr or tell us what you think in the comments below.