An insider's guide to Undercover Boss 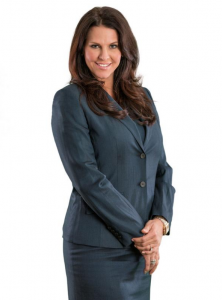 (Editor's note: Our PR firm helps corporations and their CEOs/leaders get on TV and TV shows like Undercover Boss. We are unable to help employees nominate their companies for Undercover Boss. CEOs and marketing/PR chiefs should call us if they'd like to be on the show.)

Six months ago, Massage Heights COO Shane Evans (left) knew she wanted to go on Undercover Boss. She knew UCB was the perfect way to get the real truth of how well her company was meeting its objective to become an “employer of choice.”

According to Evans, the massage industry doesn’t generally have the best employment reputation. The best way to examine her franchise’s execution of being an employer of choice was to go undercover and see firsthand how franchise locations are doing.

She reached out via friends of friends, was introduced to the UCB decision-makers and they approved her. CBS had never featured a massage company and it liked her family entrepreneurial backstory, she says.

Going into it, she and her executive team discussed the opportunity many times; they prepared for the worst-case scenario and she was confident she could address any issues. She says she was pleased with what she found.

Still, she says that she was surprised at every angle. Evans confirms that the experience is “very authentic” and she had to relinquish control to both the show and its producers as well as an undercover boss posing as an employment candidate. She had no idea what job or location she would be working from until she arrived at the airport. Even then, she didn’t know the exact franchise location or job that she would be performing that day until they pulled up to that location. As you’ll see tonight, Shane had four jobs during the filming. 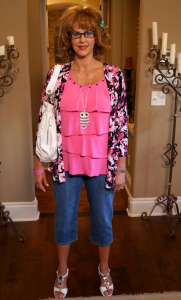 While you’re enjoying the show from home tonight, the Massage Heights leadership and marketing teams are on call for the big premiere, monitoring social media and news media – and so are their employees. The company created a movie theater setting where employees will be watching live from a big screen. The marketing team invested months, studied other UCB participating companies and observed the online feedback, social media and news media responses and corresponding outreach efforts and responses.

Evans says – before seeing the finished product – that she was very satisfied with her experience on UCB. Not all bosses who go on the show are as lucky.

She advises that a company should consider the following before making the jump into reality TV:

Shane believes that “everything is marketing and marketing is everything,” and “PR is absolutely essential [to your brand].”

Frequent questions about Undercover Boss (we have the inside information):

How long after the second casting interview (in-person and recorded), does the production company present prospective bosses to CBS?

It could be a relatively quick turn around from the interview to edit to submission. Perhaps submitting it in roughly 2-3 weeks after the interview. They'll usually send in a few reels at a time, so that's why it can sometimes take longer.

When would your episode air?
Air dates are really at the mercy of CBS' schedule. In 2014, they began filming in June and aired mid-December.

Can we review the NDA and other contracts now that are require of the boss and the company?
It's a short non-disclosure agreement.

5. How should we stage/present/position the camera(s) for the recorded interview/second audition at the office for (curious) employees?

Producers usually let the reception desk know that a small team is coming in to do an interview (maybe a journalist or something). Just so long as he tells us what he is telling reception so our stories can match up, then we will be just fine. It's a very small team who comes to do the interview (usually just a producer and an associate), so it shouldn't cause too much curiosity!

Jason Mudd, APR, is CEO of Axia Public Relations. He is an Emmy-Award-winning accredited public relations practitioner, speaker, author and entrepreneur. His public relations portfolio includes work for established national and emerging brands such as American Airlines, Dave & Buster’s, Brightway Insurance, Florida Blue, H&R Block, Hilton, HP, It Works! Global, Miller Lite, New York Life, Pizza Hut, Ray Charles and Verizon. Connect with Jason at @jasonmudd9 and Axia Public Relations at @axiapr. Be sure to tweet and share your thoughts below. We’ll read and respond to each of them.