3 mistakes Starbucks made in handling its crisis in Philadelphia

Don’t make these errors when a crisis hits your company 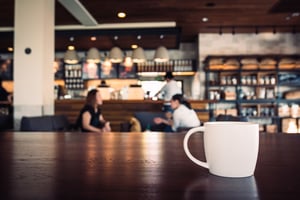 On the afternoon of Thursday, April 12, an employee at a Starbucks in Philadelphia decided that two men who were sitting at a table and had not purchased anything were a threat. That employee called the police who arrested the men and held them in custody until 1:30 a.m. the next morning. The men, who were waiting for a business associate, were African-American. Another Starbucks patron, Melissa DePino, recorded the incident and posted the video to Twitter at 2:12 that same afternoon. She tagged the video @Starbucks.

The dates and times are important here. So are the tags.


Within the next 24 hours, the video went viral, with more than 150,000 retweets, more than 200,000 likes, and tens of thousands of shares on other social media channels. Many of the shares also tagged the video @Starbucks, @Starbucksnews, and #Starbucks.


Two days later, on April 14, at 12:59 p.m., Starbucks issued an apology via Twitter saying that it was looking into the matter and reviewing its policies. Later that evening at around 8 p.m., CEO Kevin Johnson released a statement on the “reprehensible outcome” and the actions the company was taking regarding its training practices, expressing his desire for a welcoming atmosphere and his hope for an opportunity to apologize in person to the men involved.


As I write this, #BoycottStarbucks is a top trending hashtag.


What can your company learn from this?

Prior to the Twitter apology on Saturday the 14th, the last Twitter post from Starbucks was on Thursday, just an hour before the viral video posted. Clearly, someone from the Starbucks social media team was online on Thursday. That same day, users commented on Starbucks’ latest post with outrage over the incident. With most posts having hashtags, Starbucks should have known within minutes that it was receiving a large amount of negative social mentions.

Between the time when the video posted midafternoon on Thursday and Starbucks’ initial online apology, almost 48 hours passed. Given the velocity of social media, the company’s silence for that amount of time was unacceptable. Especially considering the volatile nature of the incident, Starbucks would have been wise to respond within hours, not days. As it stands, a company that has worked to cultivate an image around dedication to fairness and equality has instead given the impression that in this circumstance, it doesn’t really care.

3. Be honest and sincere.

While Starbucks’ apology begins with “We apologize,” it still sounds hollow. It states the company is “disappointed” the employee’s call to 911 resulted in an arrest and declares that it has more work to do in handling incidents in its stores. In a crisis, use decisive language and speak out firmly. This is not a time for soft language. When something happens that’s wrong, say so. Stand up, take responsibility, and take action to right the wrong. Johnson’s much longer statement contains many of these qualities, however, it was still too little, too late.


Is your company’s crisis communications team ready to work at a moment’s notice? Do you monitor negative mentions and have a plan for when things go awry? Download Axia Public Relations’ “Managing Public Relations in a Crisis” e-book for tips on what you can do to protect and restore your company’s image when crisis strikes.