When it comes to punctuation, the AP Stylebook gets this wrong

The apostrophe: Elementary, my dear


What are the two most constant lessons every American learns in the third grade – the lessons that you can expect to stay with you forever because they are hard and fast rules for life, always true?

Notice what doesn’t appear on that list of apostrophe uses: “Just for fun.” Presuming we all passed the third grade, we all learned this. So why is it that I find myself visually assaulted by signs like this when I’m minding my own business at the grocery store? 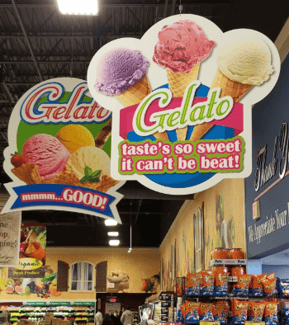 
This professionally produced, publicly displayed work of art is a judge-worthy offense. Its designers didn’t intend to imply that taste owns the sweet, nor that taste is or has “so sweet,” whatever that might mean. I feel confident in making that claim because the alternative would be absurd. If I had a dollar for every mistakenly placed apostrophe that I’ve mentally and actually corrected, I’d have enough money to pay someone to follow me around 24/7 and document such occurrences because, honestly, I can’t keep track of all that.


We all learned how to use apostrophes long ago, yet so many seem to have forgotten how it works in the intervening years. Luckily for those individuals, there are internet trolls/grammar police to shine a nice, bright spotlight on those mistakes for them. There are also well-established style guides to help govern and direct the minutiae of English grammar for whatever kind of publication you’re assembling, from news media to academic writing to professional trade journals.


One such style guide is the one that the Associated Press compiles and produces. In fact, the AP style guide is perhaps one of the most widely referred to in the country, given that much of American print, radio, and television news makes its way through this agency.


So what’s their excuse?

Hold on. Notice what else doesn’t appear on the Uses for Apostrophes list: “Making plurals.” For some reason, even though it’s patently and incontrovertibly incorrect, this seems to be among the most popular uses of this powerful little punctuation mark. Now, it’s one thing to get one greeting card after another every single year expressing warm wishes “from the Smith’s.” (Side note: One of my hobbies is to try to guess which words they left out and supply them; the [tin]Smith’s [neighborhood feral cat] has high hopes for me this year.) It’s another thing entirely for the professional authority on grammar to do the exact same thing. Yes, I’m looking at you, AP.

Specifically, when referring to single letters in plural, the AP’s official ruling is to add an apostrophe and an S, like no other pluralization ever in any language. WHY WOULD YOU DO THAT? According to the AP, you need to “mind your p’s and q’s,” never mind that even your 8-year-old niece would feel hard pressed not to side-eye the daylights out of you as she corrected you to “mind your Ps and Qs.”


What’s more: In the very same Stylebook entry, the AP also notes that the correct pluralization format for multiple letters is much more intuitive: “He knows his ABCs” is the correct way to describe one’s progress toward literacy.


How does that make any sense at all? The AP doesn’t even agree with itself. I can’t decide if I’m more bothered by the incorrect guideline to begin with, or with the inconsistency of the rulings.

Lianna is a wizard of words who uses the magic of grammar to make sure communications coming to, from, and through clients always look great. She joined Axia in October 2011.