Use PR to reach the underrepresented African-American consumer segment

Attract all your potential customers 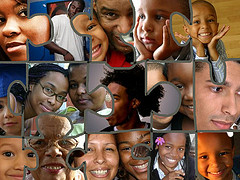 There are 44 million Americans who may want to buy your products and services, and the only thing stopping them is that they are waiting for you to ask and connect with them in the right way.

Who are they? They are the African-American consumers.

You might reach some of them through some of your current efforts, but that’s just the beginning. To help you get started in learning how to use PR to connect with this market, we are hosting a live webinar, free for the first 100 attendees, on May 28 at 1 p.m. ET. Join Axia Public Relations for our “Meet the Producer” series featuring Nikki Woods, the Senior Producer for the Tom Joyner Morning Show. She is also an Oprah Winfrey Network founding ambassador.

Who is the African-American consumer?

According to a study by the Nielsen rating company and the National Newspaper Publishers Association, African-Americans’ buying power is worth more than one trillion dollars (yes, that’s a T). The study also reports that, compared to other groups, African-American consumers:

Ethnic minorities are growing in population, influence, education and income. Remember that if you don’t address them directly, your competition might.

What can you learn from the Axia webinar?

Nikki will share her insights into how to get you, your company, clients, products and services on the Tom Joyner Morning Show, as well as discussing her role as an OWN founding ambassador, via our live webinar.

The Tom Joyner Morning Show is a radio show nationally syndicated in more than 125 markets. It is a comedy and variety show hosted by Radio Hall of Fame personality Tom Joyner. The program provides the latest news and sports of the day. It also plays popular R&B songs from the 1970s through the 1990s (think: Stevie Wonder, Patti LaBelle and Tina Turner) as well as contemporary R&B hits (such as Alicia Keyes and The Voice coaches CeeLo Green and Usher). The show airs from 5 to 9 a.m. on weekdays.

At Axia Public Relations, we create campaigns and programs that speak to this segment of the population – which is sorely underrepresented in most companies’ PR efforts – to help you charter these waters. Our PR experts can show you how to incorporate these initiatives in everything from social media to traditional media outreach. For example, it is important to go beyond holidays and commemorative events and make connecting to African-Americans a part of your overall yearly communication strategy.

Axia is always ready for any challenge. Let us help you engage with the African-American consumer segment in order to disseminate your message and increase profits.