How Sonic should respond to the controversial Redskins' sign incident

It seems like there isn’t a direction you can turn when it comes to the NFL where you won’t hear about the Washington Redskins and the calls to change the team’s name. The situation has now worsened due to a controversial sign at Sonic, a major fast-food company, that called for the Kansas City Chiefs to “scalp the Redskins” and “send them to a reservation.”

While it shed light on the name situation in Washington D.C., the team is actually not what is under fire here. The crosshairs are instead squarely on Sonic. Even worse, the wrath of the country is not just coming down on the Belton, Mo. store where this happened, but on the entire company. Of course Sonic’s management did not approve of this sign. The sign was made by passionate Kansas City Chiefs fans who did not understand the line between fandom and impropriety. But now the company itself must pay the price.

Society has become more aware of the political incorrectness and racism of some of the country’s beloved sports teams. This doesn’t make the Washington Redskins or their fans racist, but the truth is that the team was named in a different time. While the term “redskin” may not have been considered an insult by George Preston Marshall when he renamed the Boston Braves as the Boston Redskins in 1932, that term is very much considered derogatory today by the public and the Native American community. It is obviously not good for business to have Sonic’s name involved with that issue.

Here are some things Sonic can do to fix the situation:

A coaching will not the fix the situation. It takes a special kind of person to post a racist statement on his or her company’s sign without at least talking to management first. The employees in question may not have meant ill by the obvious racism, but a company has to strive for something better. The country has now caught wind of this issue and is attacking Sonic on social media. Social media users already disapprove of the verbal scolding and see it as Sonic defending racist employees while delivering copy-and-paste apologies through its PR team. If Sonic feels it is best to not part ways with the employees, then it will have to deal with the blowback by the country.

Ally itself with the Native American community

There isn’t a better way to prove that Sonic cares about the Native American community than by taking a stance that is supportive of that community. This doesn’t necessarily mean donating money to a Native American cause, although that would help; another possibility is holding a fundraiser or donation campaign that would allow customers to give extra cents to help out struggling Native Americans.

The easiest way to turn the negative perception would be for Sonic to use its social media accounts to voice complaints about the use of the term “Redskins” by Washington’s team. This would not only show that the company is using its social reach in support of the Native American community, but it would also throw the ball back in the Redskins’ court. The issue of the Washington Redskins’ name will live on for a long time and Sonic does not have to be a part of it. The sooner the nation stops associating the issue with Sonic, the better.

It is likely that 99 percent of Sonic’s staff would never think about doing something like this, but unfortunately, someone in the minority ruined it for everyone. Sonic needs to issue a company-wide policy so everyone knows what is right and wrong when it comes to putting words on signs. Although expensive, the company also needs to train all of its employees so this will never happen again. The most important part is that Sonic needs to be very open about this and share it on all forms of social media so everyone knows the company is taking it seriously. It would be even better if Sonic could get official news outlets to cover this training.

Sonic messed up. While it is easy to argue that it wasn’t Sonic’s fault, that is simply a stance it cannot take. A company should never play the victim in a crisis like this; the victims are always the wronged parties and there is no exception to that rule. Whether this incident will really hurt Sonic is yet to be seen, but putting these tips to use can help limit the damage.

Do you fear that your business may find itself in a position like this one day and it won’t be prepared? Has your company already done something to which customers are not reacting positively? Axia Public Relations can help you fix that or put a plan in place so it never happens in the first place. In times of crisis, effective PR is always the answer.

Also, if you have an opinion on Sonic’s controversial sign or this post in general, we would love to read it in the comments. 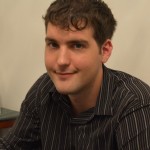 – Marty Nemec is a blogger for Axia Public Relations. He graduated from the University of North Florida in August 2013 with a Bachelor of Science in Multimedia Journalism and Production. Before joining the team as a blogger, Marty was an intern for Axia, Clay Today and Folio Weekly.