PR Opportunities - Obesity as a Disease

PR Opportunities: Obesity as a Disease — The Weighty PR Implications 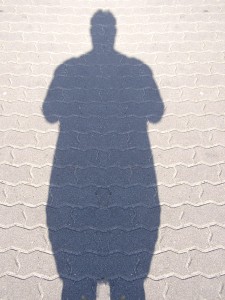 It’s official. Being obese means living with a genuine disease, per recent actions by the American Medical Association declaring that obesity is a disease and requesting a serious step-up in medical study, prevention and treatment.

Pardon the pun, but the PR implications could be quite weighty.

This announcement of new language and policy toward obesity by the AMA joins ongoing messages by the Centers for Disease Control and Prevention about the alarming rise of obesity in America during the past 15 years. In summary, around one third of adults in the U.S. fit the definition of the obesity disease – meaning they have a body mass index of 30 or greater. Children are also in the spotlight of obesity concerns, with a rate of obesity that has increased more than twofold in the past three decades.

There are several PR opportunities for companies that adopt strategies that can inform and educate consumers about the declaration of obesity as a disease:

• Organizations with a message toward healthy lifestyle choices for the long-haul may need to seriously step up their own PR efforts to combat a rising consumer interest in “quick-fix” surgeries or medical interventions. New angles for these groups could model the messages toward alcohol addiction from decades ago, which began to bring alcoholism, in many ways, alongside other chronic health problems in mainstream media. PR messages, campaigns and celebrity stories toward addiction and alcoholism have helped shift public perception toward the brain and biological factors at work – while highlighting the need for multifaceted treatment over a lifetime to successfully manage the illness.

• Similarly, health care centers that actively promote the benefits of medical intervention toward obesity, such as gastric surgeries, may have a new PR opportunity to help reduce the negative stigma associated with being obese. Strategically utilizing the word “disease” could resonate with consumers like other diseases they’re used to hearing about, such as heart disease, thus reducing stigma and prompting more consumers to seek medical treatment.

• Mental health organizations may need to promote a new message on the complexity of the many factors present in treating obesity. They will need to actively inform and educate consumers about the ways obesity often coexists with undiagnosed depression or other mental health problems, and the strong ties that exist between the physical, social and emotional aspects of weight and food.

• Big brands in the weight-loss industry could shift their PR messages around the definition of obesity as a disease. This means developing official spokespersons who are physicians, perhaps, instead of female celebrities. Brand identity, the use of testimonials and packaging are likely to become more medical in nature, reflecting the disease-combating elements of calorie-controlled meals and related options.

• Across the medical community, increased funding toward research of the health complications associated with obesity is likely to emerge, especially from a prevention angle. Telling consumers that obesity is a disease that’s treatable, manageable and perhaps preventable may be more successful if specific information campaigns are provided to physicians first to equip and encourage them as they address it anew with patients.

Obesity as a disease is a complex message to share, but one that can create life-changing results.

Do you have a critical message to share? We can handle it. Axia Public Relations specializes in health, wellness, healthcare and technology-related PR campaigns – nationally. Let Axia PR give you a second opinion and send your most effective message to the right audiences today.