Is blockchain for public relations? 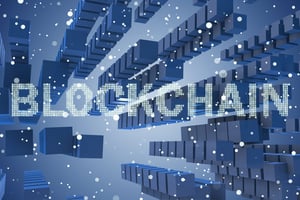 Blockchain has received a lot of attention in recent months, especially after the explosive growth of bitcoin and other cryptocurrencies in December. Many people associate blockchain solely with financial applications. Others see potential for blockchain technology in nearly all aspects of life. It’s helpful to have a basic understanding of what blockchain is in order to thoughtfully consider how it may help your company, including your public relations efforts.

Blockchain is a type of ledger. Think of it as a virtual record book where multiple people verify transactions. Once a block of transactions becomes verified, that block closes. It’s compressed and added to the next block, which then registers new transactions. This is where the name blockchain comes from. It’s also why people describe blockchain as being immutable, because each block is part of the next one, and so on. This adds to the security of the record; once in a block, no one can change it, as it’s already part of the chain.

Is blockchain only for financial transactions?

No, although that’s where it has gained a lot of traction. Part of the reason for blockchain’s popularity is that – because many parties verify the information – it’s a decentralized ledger. For people who dream of currency outside the control of individual governments that they can spend without international conversion, this is a solution. However, you can apply the decentralization aspect of blockchain to other areas where individuals desire greater end-to-end control and less management by a large central authority.

How could this apply to PR?

There are a few ways in which blockchain technology could transform the PR landscape. With the added emphasis on quantifying results, you could apply blockchain to follow online mentions to ensure that real people are behind clicks and shares instead of bots. Consumers will have the power to share or withhold information about themselves; and industries, including PR, could integrate benefits to consumers or other companies who participate in sharing or providing valuable feedback. By doing so, companies could learn more about their audience’s needs and wants and how their actual online behavior and their stated priorities coincide. Having control over your message, who sees it, and where it appears without the use of a middleman could disrupt dependence on advertising models. These are only a few, loosely described PR-based blockchain uses.

Anything has the potential for overhype in our 24/7 media world. People who invested tens and even hundreds of thousands of dollars in cryptocurrency at the end of 2017 may have realized tremendous gains, or they may have suffered astronomical losses, depending on when they joined the crypto-craze. Right now, various manifestations of blockchain technology in the fields of marketing, education, supply chain management, and the arts exist in concept and practice. However, the technology is still new to business, and the general public has not adopted its widespread use. Many of the most favorable use cases revolve around the assumption that blockchain will be ubiquitous. And someday, it may be. It certainly doesn’t hurt to look ahead and consider how this technology could be part of a PR business model. It’s also unwise to sit back and imagine that blockchain will solve all problems with little effort. Use the resources you have now, be creative, proactive, work hard, make connections, and never, ever put all your eggs into one basket!

Not sure if your current PR firm does all of these things – and more – to make your company shine? Download Axia Public Relations’ complimentary e-book “How to Fire Your PR Firm” before you make the decision to part ways with your current firm, and then contact Axia to discuss how to make a new plan that will meet your company’s goals.