How to navigate a TV Newsroom as a PR pro 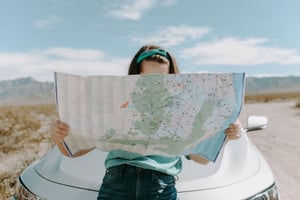 Throughout my 20 years in TV and radio newsrooms, I’ve received many calls from PR professionals. It’s clear some don’t know their way around a newsroom. So let me provide you with a roadmap because there is no better way to get your story ignored than pitching it to the wrong contact.

News Director & Assistant News Director – News directors monitor the reporting staff’s work. They also have the final say about what makes it on air. However more often than not, that’s what the executive producers and managing editors are tasked with. I don’t recommend direct calls but if he or she likes your email pitch, it’s almost guaranteed to make it into the newscast. Assistant news directors are more involved with directing news teams and producing content for the newscast.

Managing Editor & Executive Producer – Both play a primary role in deciding or approving the direction and content of a newscast. Email your pitches because these are the people you need to convince even though they are not usually the ones you end up speaking with.

Producer & Associate Producer – These are the people who are so busy they rarely pick up the phone. They’re the ones writing stories reporters aren’t assigned to, deciding which story goes where in the newscast, designing graphics, listening to interviews, working with editors to cut sound and video, watching for news feeds from sister stations and national correspondents, preparing for live shots, watching for updates on the news wire, running scripts to the anchors, making split-second decisions during breaking news, reversing course when a story falls through, and floating a story if a report is coming in late. Then they head into the control room and put it all on-air with as few technical difficulties as possible. However, they are always on the lookout for interesting news, so make your email pitch attention-grabbing.

Morning Show Producer & Special Programming – Have an off-beat feature story, a compelling interview, or a relevant subject you want to pitch? Great! The Morning Show producers want to hear from you. Check which news stations do a morning show, not just a morning newscast. Then call and speak with the Morning Show producer. If he or she likes your pitch, your segment will be scheduled within the coming week. A direct follow-up email wouldn’t hurt either. Special programming, such as Sunday morning political talk shows and consumer affairs shows, is also similar.

Assignment Editor – Assignment editors are the gatekeepers and traffic controllers of the newsroom. They are the ones who pick up the phone when you call the newsroom and are usually the first to gather information before it becomes a story. Make an interesting pitch to the assignment editors, and they will convince reporters and producers that your story is worth covering. Keep in mind, running the assignment desk is the most hectic job in a newsroom. So get their attention and keep your calls and emails short and sweet.

News Anchors – They are the familiar faces you see leading every newscast. However, they are not the ones deciding which stories make it on-air. Some PR specialists make the mistake of calling or emailing their pitches to the morning and evening show anchors. News anchors might pass your story along to the producers or the assignment desk, yet they are not the ones you need to convince. The one exception is if it’s a topic the news anchor is passionate about.

Reporters, MMJs, & Photographers – Reporters and MMJs (multimedia journalists) are searching for stories every day and are more likely to give your pitch a chance. Pitches must lean more toward news and less toward free publicity. They need to sum up what you’re selling, so make your calls and emails clear, easy, relevant, and compelling. Also find out what topics each reporter covers (otherwise known as their beat). Don’t pitch a heart transplant story to a crime reporter unless the victim of a crime received a life-saving heart transplant. Don’t call the assignment desk and ask to speak to a reporter. Nine times out of 10, a reporter will be outside of the building working on that day’s news. Reach out directly via email or cell phone.

Web Editors – Maybe your story didn’t make it to the newscast. Maybe it got bumped for breaking news. All is not lost! The web editor could still get eyeballs on your story. This part of the pitch process will require you to take on the role of a reporter. Call or email the web editors and let them know you can provide information, video, photos, and a taped interview. The web editors can produce a story for the station’s website and social media channels. There’s also a higher likelihood your story will make it into the newscast if you can hand these elements over to the producers as well. And don’t overlook the social media news desk.

If you pull off a perfect pitch and score an interview, be sure to prepare yourself for the interview. To learn more about how to work with media professionals, check out Axia Public Relations’ “Learn Media Relations from the Media” e-book.

Photo by Leah Kelley from Pexels