How PR can help you navigate social media 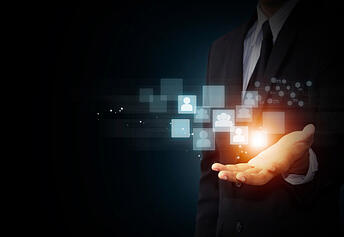 Social media use is increasing, but you probably already knew that. What you may not know is how people are accessing it, why they stay connected and what they want to see from your company on social media platforms. If you are not aware of these issues and keeping ahead of the trends, you could be getting it wrong and, ultimately, losing money or customers.

According to the fifth annual Tekgroup International Social Media News Survey, the way the public shares, manages and uses social media platforms has changed from just a couple of years ago. Companies can take advantage of the unique opportunities this crucial technology provides – if they know how.

Findings from the survey:

Where should you focus your social media efforts?

As communicators, we often expend a lot of energy trying to attract attention from major newspapers and networks. While this may still be the best method for reaching certain target audiences, some companies might benefit from redistributing the percentage of time spent drawing interest from numerous online social networks and the more traditional media outlets.

Since many respondents view social media information as reliable, this could mean that it is more acceptable to post major announcements or crisis communication responses on your social or corporate news networks. In the survey, more than half of those participating said they look to social media for breaking news and updates more than television news sources.

What does this mean for the way companies communicate?

In order to be successful, you have to go where the people are. If you’re heading to Mars while everyone else is on Venus, you’re not reaching any customers.

Communication is changing at lightning speed and just keeping up is not good enough anymore. You must adapt quickly and innovate to stay relevant. It can all be very confusing, not to mention time-consuming.

Let Axia handle it for you. We understand the workings of social media and will use it effectively to help you build your brand and engage with customers. Download our e-book The Essential Social Media Management Guide or contact us today.