2 companies respond in very different ways to a PR crisis 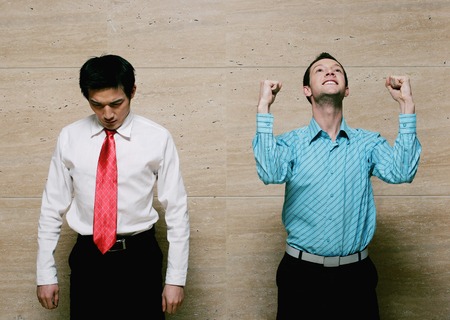 In October 2017, Amazon debuted Amazon Key, its answer to the ongoing problem of porch theft. Home delivery of everything from groceries to jewelry has become ubiquitous as Amazon’s market share grows and influences American shopping patterns. Meanwhile, package purloiners have learned to reach for the low-hanging fruit of unattended front-door parcels. Enter the Amazon Key, a cloud-based security camera linked to a door lock that grants delivery people admittance to drop off packages, safeguarded with autolock settings at their departure.

One problem: As with all internet-connected devices, Amazon Key is vulnerable to hacking.

Cybersecurity company Rhino Security Labs exploited an authorization point in the wireless connection to take the entire device offline. To a remote user viewing the video feed, it appears the entry is secure. While offline, a hacker keeps the internet-controlled key in the open position without immediate detection. These vulnerabilities allow either a delivery person covert re-entry to the home or clever criminals to override the system immediately following a delivery to access a victim’s home for their own nefarious purposes.

Here is where public relations professionals’ dreams and nightmares coincide.

Be decisive; use details to your advantage

Amazon released its Amazon Key in select markets in October; by mid-November, Rhino Security Labs published its proof-of-concept attack. Technology news outlets, such as Wired, ZDnet and The Verge, immediately released this information with analysis of various ways attackers could compromise Amazon Key. These articles included quotes from Rhino Security Labs’ founder, Ben Caudill, and vivid use cases for unauthorized entry, including one that emphasized bad guys silently prowling for identity-theft documents.

In response, Amazon released a statement promising an immediate software update and reiterating its Happiness Guarantee.

Amazon? A statement. A cold, software update over an already psychologically dubious medium. A pass-the-buck response about how any internet-connected device is hackable, ending with an appeal to its current reputation.

Hey! ACT FAST! Get the job done right – right away.

Fast-forward five more weeks to the height of the holiday-buying season, when package deliveries drop faster than winter snowflakes. Status? Problem not fixed. At this point, major news outlets featured video segments on their nationally broadcast shows. One outlet demonstrated how easily a person could take the camera offline using none other than the founder of Rhino, Ben Caudill himself, as the sneaky would-be intruder exposing Amazon’s mistake.

Rhino Security Labs took its penetration-testing results and ran with them. The company received widespread online and television mentions with strong on-message content and tremendous positive associations, including a virtual “hero” position on national TV in a media blitz lasting over six weeks.

Amazon, by quietly sending out a software fix for a symptom and not addressing the actual problem, remains in a negative spin on this product line. Again, the most recent statement acknowledges that all wireless devices are hackable. Amazon emphasizes that delivery drivers go through a comprehensive background check and it reminds customers of its guarantee.

Trust is a competitive advantage

A solid relationship with your client base is a competitive advantage that’s difficult to quantify until you associate direct profit loss with shattered trust. Technology companies and companies that rely on technology as a primary tool for business operations are susceptible to reputational harm when a customer’s security is at risk for compromise through product or process negligence. Should a crisis occur, you must act fast to address all issues. Amazon will weather this instance because of its multiple product lines and relationships it has built over the last two decades. Cultivating this kind of customer confidence takes constant monitoring. Learn more about building your company’s reputation through Axia Public Relations’ complimentary e-book Online Reputation Management and contact us to find out how we can amplify positive media presence for your company.