Not getting the media coverage you expect? It could be your press release quotes. 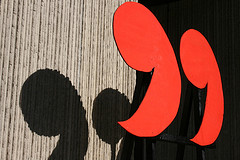 Earlier this week we talked about how to write a press release – now we're going to dive into the proper way to quote individuals in releases. The purpose of a press release is to announce your program, award or other news to the media and, if you’re lucky, get them to cover it. In order to do this, you have to accomplish more than just giving the usual details like where and when. You have to make them care.

Media professionals need to think that what you are promoting is an important, attention-grabbing occurrence worthy of their time and interest, and the right quote can do just that. Those press releases that don’t manage it get thrown in the pile with all the other insipid, uninteresting press releases they’ve received that day. For media, a press release without effective quotes is like reading the dictionary: You get the information you need, but it’s not much fun.

The importance of quotes in a press release

Of course, most writers know that quotes from someone connected to or affected by an event can really breathe life into what their readers are seeing. Quotes can also lend authority to a statement or opinion if they’re attributed to someone specific and relevant to the story. The problem comes when you have the perfect source for the quote but the actual words fall flat.

When a reporter sees the name of your company’s CEO, spokesperson or a well-known thought-leader, it captures her curiosity and she expects an interesting quote to follow. What a shame to waste that advantage and dash that anticipation with a dull, cookie-cutter quote.

A good quote gets noticed. A great quote gets repeated. Quotes are your best opportunity to add some appeal, humor, sizzle or auspicious information to your press release without it coming off as too promotional or staged.

How to write press release quotes

Imagine that you are standing in front of a microphone in a crowded room; you open your mouth to speak and nothing comes out. Or maybe you do speak, but tell a joke that goes far over everyone’s head and instead of laughs, you get only uncomfortable stares. That’s what happens when you use inappropriate quotes in a press release. Here are some tips to make yours stand out:

Have something valuable to say. Once you have the reader’s attention, it won’t last long, so make it count.

Keep it short. Quotes that run on forever can cause readers to lose interest, forget they are still reading a quote or, in extreme cases, not even remember who was speaking. If you have a lot to say in a quote, break it up or spread it around throughout the press release.

Avoid he said, she said. There are plenty of appropriate and effective synonyms for the word “said,” so use them.

Break the mold. As long as your spelling and punctuation are correct, don’t be afraid to be different. In other words, be creative. A quote within a quote, ellipses and other grammatical and writing devices are all fair game – whatever it takes to get your quote noticed.

The news game can be a tricky business. Having the right quote in your press release is a large part of making it effective and getting coverage, but there are also other aspects to consider:

All this can seem like a lot to keep in mind, but don’t worry. The experts at Axia Public Relations are ready and willing to help with your press releases to earn positive media coverage for your company. And you can quote us on that.