3 steps to mastering a television interview

Television interviews are scary, especially for those who are not experienced at doing them. No other form of interview is as easy to judge and critique as a television interview. You will be representing yourself and your company as a whole and everything from your facial gestures to the clothes you are wearing will be part of that. However, there are many things you can do to ensure that a television interview turns out great.

The clothes you wear has a giant impact on the viewers’ perception of you. You should always dress in business attire that looks professional. Make sure that none of your clothes have conflicting patterns or colors. The clothing’s color should be neutral and easy on the eyes as your message should be the most memorable thing during the interview. For that reason, also be sure to not wear shiny jewelry that could possibly glimmer and distract the viewers. Keep in mind that even dull jewelry can clang and jingle, which can also pull attention away from yourself.

The viewers are expecting you to know what you’re talking about because your company chose you to do the interview. It is important to keep in mind that you can look stupid or scared even if the words that come out of your mouth are all correct. A good way to start an interview is to do stretching and breathing exercises before the interview starts. During the interview, always look directly at the interviewer and never at the camera unless you are interviewing from an off-site location. Try not to squint, sigh deeply, blink excessively, and do other things that are common actions of someone who isn’t sure what he or she is talking about. Avoid using your hands to gesture and try to only use your head by smiling, nodding, and raising your eyebrows. It is okay to be upbeat, but don’t appear fake. Vary your pitch just like you would naturally and speak conversationally. You aren’t shooting a commercial for your company. In fact, you are trying to make it seem more human.

Know what you are talking about

When going into an interview, you should not be prepared to answer a set of questions. This leaves you in a mindset that dooms you to fail. You should instead be prepared to know everything about the subject of the interview (within reason). Interviews often go off on tangents so even if you were given a set of questions before the interview, you can still possibly find yourself having to talk about something you didn’t research. There is nothing worse for an interviewee than having the dreaded “deer in headlights” look on national television. It is also helpful to have responses ready in case a question comes to you that you don’t know the answer to. Redirecting questions is a great tactic. Saying “I don’t have the exact number (or whatever else) on hand, but...” then transitioning to a point you want to talk about is an age-old method that has worked time and time again. Also, avoid using the word “um…” by thinking about every response before you make it. 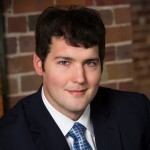 – Marty joined Axia in summer 2013 as an intern and is now a blogger for the company. Marty has written for the University of North Florida’s paper, The Spinnaker, and interned at Clay Today and Folio Weekly prior to coming to Axia. While at school, he was also able to blog for The Huffington Post as well as write a front-page story for The Florida Times-Union. Marty is a graduate of the University of North Florida with a Bachelor of Science in multimedia journalism and production and hails from Middleburg, Fla. Connect with Marty on Twitter at @MartyFNemec and Axia Public Relations at @axiapr.