This is one story in our series on Brightway Insurance. Read story 1 and story 3 for more. 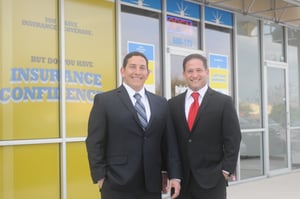 Brightway Insurance is Florida's fastest-growing independent insurance agency with 39 Florida offices serving 30,000 households across the state. When State Farm exited Florida's home insurance market, the campaign recognized an opportunity for Brightway Insurance’s expansion by positioning the company as the go-to insurance expert for the media as well as consumers.

This campaign worked to expand Brightway Insurance’s recognition and position its CEO as a thought leader after State Farm exited Florida's home insurance market. The campaign focused on engaging and pitching a variety of state and national news outlets in order to position the company as a leading insurance expert.

As a result of this campaign, Brightway's call volume increased by 300% those two weeks, according to its chief operations officer, Michael Miller. In addition:

To learn how we can help your insurance and financial services company achieve similar results, contact us today at 888-PR-FIRM-8 (888-773-4768).