The pawning industry remains relatively misunderstood by much of the public, but SMART Financial is working to change that perception. This campaign leverages the media to share business stories and build relationships, showcasing SMART Financial’s positive impact on the community. As a result, SMART Financial opened 63 stores in two years and changed the communities’ prior perception of the pawn industry. 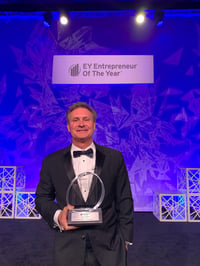 SMART Financial grew rapidly from day one and wanted to share its meteoric expansion. As one of the most successful leaders in the industry, Thedford knew that changing the public perception of the pawn industry would help attract the best employees to his stores across North America, which in turn, would attract the best customers. With better customers, he'd enjoy an increase in sales and attract investors to acquire, integrate, and improve more stores.

This campaign began with giving John a voice in The Orlando Sentinel. He became part of its Central Florida 100, a group of influential leaders in the community who give their opinion on newsworthy topics, which established him as a trusted thought-leader. Next, the campaign developed relevant, newsworthy ideas to share with the national industry media and local media in cities SMART Financial stores were located. This media attention helped dispel common misconceptions about the pawn industry and increase awareness about SMART Financial’s positive impact in local neighborhoods.

Through this campaign, SMART Financial achieved a series of accomplishments: