During a video game tournament, a player opened fire, killing two co-players, wounding 10 other participants. Axia provided immediate crisis management for the client, reactively mended the reputation of the iconic Jacksonville landmark. There were 13,404 news media stories covering the incident – only 12 articles mentioned the client. 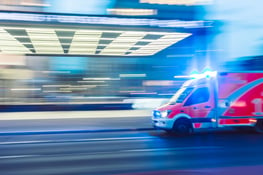 During a video game tournament, a player opened fire at the Good Luck Have Fun Game Bar, killing two co-players and wounding 10 other participants. Axia Public Relations jumped into action for The Jacksonville Landing for immediate crisis management and to reactively mend the reputation of the iconic Jacksonville landmark.

On a Sunday afternoon, Axia’s team reacted within minutes of the shooting and developed communication strategies quickly and efficiently under emotional conditions. Axia’s objective was to maintain a unified front for the Jacksonville community and maintain brand reputation for the property management company, Sleiman Enterprises.

The solution
Axia used its crisis PR action plan to best handle the situation, outlining incident command contacts and next steps of what to expect. Axia released a unified statement regarding the incident on behalf of The Jacksonville Landing within minutes:

The results
There were hundreds of media inquiries to Axia’s team within 48 hours after the shooting and in the weeks following. The metrics below are from a week after the incident.
• 13,404 news media stories covering the incident – only 12 articles mentioned Sleiman Enterprises
• 8.3 billion estimated media impressions
• 3.4 million known social media shares
• National news coverage in CNN, USA Today, FOX, The New York Times, NPR, and more

• Out of 13,404 media articles, only 12 (or .0008%) mention the property management company.
• We released one unified statement throughout the incident: “We are deeply saddened at the incident and pray for everyone involved. The Jacksonville Landing is fully cooperating with the Jacksonville Sheriff’s Office and all ongoing investigations.”

• We successfully collaborated as a team during high-stress situations and under quick deadlines.

• Social media comments revealed that a majority of the public doesn’t blame anyone for the incident.

The client’s top executives attended a major industry conference at the time of the shooting. Axia alerted the executives within 15 minutes of the shooting and recommended that they cancel meetings and travel to Jacksonville. Axia directed its client to put any scheduled social media posts on hold immediately. Axia provided a shareable graphic to publish on company social media pages that encouraged community support and unity: “Pray for Jacksonville.”

A local video game-themed food truck, The Joyshtick, donated all tips the next week to the staff of GLHF Game Bar. A GoFundMe page created for the victims raised $8,100 in the first 17 hours and completed fundraising with more than $100,000. Cliff Comastro, owner of GLHF, expressed tremendous gratitude for everyone who donated.

Axia continued to monitor the media long after the incident. Social media comments revealed that the public didn’t blame anyone for the incident.