After that successful grand opening, when Dave and Buster’s needed help attracting new customers and getting new attention for its 15-year-old location in Jacksonville, Fla., D&B called on Axia Public Relations again.

In addition, Axia alerted the company to new competition that was aggressively entering the D&B footprint across the U.S. D&B executives were unaware of this competitor and could now track lost market share to such competition. That competitive intelligence, according to the company's CMO, was worth the PR investment in Axia alone. 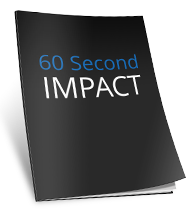