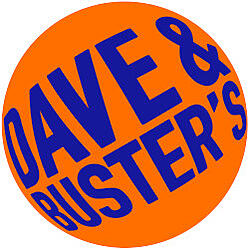 Job well done to you and your team! Great success with both Media Day and the VIP event. Thank you for being such a wonderful extension of our team!”

The campaign positioned Dave & Buster’s as the ultimate place to eat, drink, and watch sports – all under one roof. This campaign:

Photos from the event...

To learn how we can help your family entertainment center, restaurant and food & beverage company achieve similar results, contact us today at 888-PR-FIRM-8 (888-773-4768).