Sales increase by 40% through news media 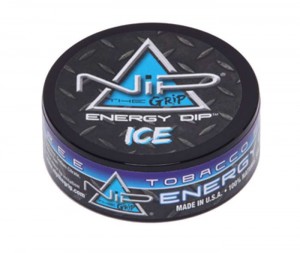 When trusted business leaders referred Lee Lewis to Axia Public Relations, he contacted the firm looking to gain more exposure for the product launch of his consumer packaged goods brand, NiP Energy Dip. Lewis wanted to educate consumers about NiP Energy Dip as a tobacco-free alternative to traditional chewing dip. Axia went straight to work on an effective PR campaign that would gain Lewis the exposure he needed, helping to attract retailers that would carry the product.

Every entrepreneur knows the difficulty of successfully marketing a new product launch. That is why Lee Lewis chose Axia Public Relations when he sought to increase awareness and credibility for NiP Energy Dip, the first tobacco-free chewing dip. Axia instantly began coordinating a national PR campaign that spread NiP’s story as a refreshing and healthy alternative to addictive, cancer-producing tobacco products. Mr. Lewis desired the attention of retailers in the outdoors, health and fitness markets. In meeting this objective, he would soon come to experience the real benefits of placing his trust in Axia.

Axia Public Relations, through its extensive media contacts, ensured that all customers in the target audiences had an opportunity to discover the important message and benefits of NiP Energy Dip. Axia created an aggressive campaign, reaching out to target news outlets that could accomplish this goal and earning a presence in newspapers and magazines, and on the radio, television and the web.