The program was centered around a free, one-week IT training program offered to veterans and unemployed/underemployed individuals who lacked IT employment experience. During the course of its campaign, Axia branded the program as High-Tech Hope and leveraged CEO Brian Knight’s vision to help get High-Tech Hope the visibility and participation growth that Pragmatic Works desired. 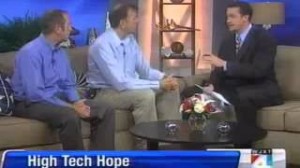 Pragmatic Works began its relationship with Axia Public Relations as a company wanting to boost community and industry awareness of its corporate social responsibility program; a free one week IT training program for veterans and unemployed/underemployed individuals without previous IT employment experience known as the Pragmatic Works Foundation. Axia, recognizing the visibility potential of this campaign, re-branded the program as High Tech Hope (HTH) and leveraged CEO Brian Knight's tremendous talent as a skilled spokesperson in accomplishing this task.

Axia's expert PR experience in working with the tech sector proved fundamental in formulating a success strategy that could address all of Pragmatic's needs. Through Axia’s wide range of contacts within tech trade media circles, an effective plan could be devised that included:

A strengthening relationship between the two companies would see Axia’s work begin to shift to communicating Pragmatic’s expertise, thought leadership, unique business culture, growth, innovation, and accomplishments within the field of IT, business intelligence, analytics, datawarehousing and cloud computing. Axia would also begin to promote the company’s attendance at key industry conferences.

Through our efforts, HTH would recieve coverage in news outlets that included print, online and television placements. Brian Knight and his team received in-depth TV interviews; opportunities that did much to promote their program as a solution in tough economic times for veterans and out-of-work or underemployed individuals. As work shifted to promotion of the company as a whole, Axia could begin to demonstrate its full potential in working within the technology sector. Six company speakers presented at the annual PASS Summit (the world's largest tech training conference) would come to experience this, as PR coverage of their work aided greatly in positioning them as expert industry thought-leaders; a title that through their benevolent actions, had been rightly earned.