The Center for Reproductive Medicine hired Axia to achieve greater awareness for its unique qualifications and high success rates. Axia developed a three-pronged PR plan, including a social media campaign, speaking engagements, and exposure in the news. CRM saw a 26% increase in web traffic within the first 90 days. 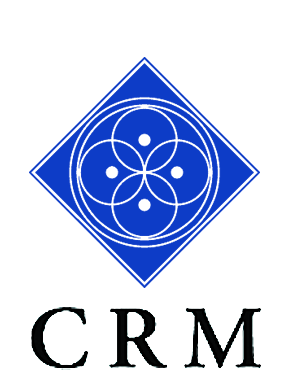 The Center for Reproductive Medicine sought the public relations experts at Axia Public Relations to achieve greater awareness for its unique qualifications and high success rates. The clinic lacked widespread awareness among its target geographic markets for its accomplishments and expertise. In order to gain the exposure the clinic desired, Axia developed a three-pronged PR plan. This plan included a social media campaign, speaking engagements and, most importantly, exposure in the news. In the first 90 days of working with Axia, the clinic saw a 26 percent increase in web traffic along with a significant jump in specific keyword searches.

The Center for Reproductive Medicine clinic set a clear goal: to expand its market share in central Florida and beyond. Since the 1980s, the clinic had been the regional and state leader in reproductive medicine based on patient outcomes tracked in the industry and for cutting-edge technology in the field. Yet competitors with lesser qualifications and accomplishments received greater media attention because they were more aggressive in proactive outreach.

The clinic recognized the need to increase its visibility through outreach to educate and engage the public and medical professionals who can refer patients for reproductive medical care. The clinic also realized that to achieve such success, it would need the expert guidance of a reputable public relations firm that could effectively deliver a high-impact communications campaign. With this in mind, it chose to hire the professional services of Axia Public Relations.

Axia internalized its new client’s needs as its own and immediately began drafting a strategy that would provide the clinic with the recognition and attention it deserved based on being the most accomplished organization of its kind in the region. Axia’s three-pronged program included:

Within a few weeks, The Center for Reproductive Medicine’s decision to retain Axia Public Relations proved to be a wise investment. Axia generated substantial success, earning multiple media interviews, articles and speaking engagements and creating a multitude of detailed social media posts. Along with significant local Orlando media coverage, Axia earned substantial national coverage. One doctor was even quoted on SheKnows, a prominent website that appeals to women ages 18 to 54 and has more than 11 million monthly impressions.

From Axia’s outreach, CRM saw a 26 percent increase in web traffic within the first 90 days as well as a significant jump in keyword searches, particularly for the two fertility specialists who acted as media spokespersons. These initial accomplishments jump-started the lengthy process of positioning the clinic as the rightful leader in reproductive medical care.

The program’s immediate success was just a starting point; the Axia team moved forward and continued to generate results in all three areas of the public relations campaign. The long-term success of such a program requires the commitment and cooperation of the client, including exceptional communication with the Axia team and responsiveness to deadlines. It’s important for Axia clients to understand that “moving the needle” of perception takes time and requires many impressions over months or even years, depending on the circumstances, which differ for each client.