The world's largest IT staffing company hired Axia to build brand awareness. Axia’s team wrote a news release about Modis’ plans to capitalize on the company’s Super Bowl exposure. That news coverage brought in more than 10 times the audience that Modis ever had before hiring Axia. 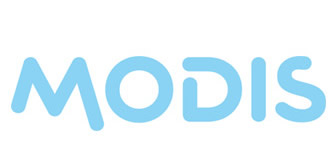 Despite having the most prominent signage in Jacksonville’s skyline, Modis – the flagship brand of the

With the Super Bowl coming to Jacksonville, Axia Public Relations knew the time was right to build awareness for the brand.

To help build awareness, Axia’s PR team wrote a news release on Modis’ plans to capitalize on the media attention and the company’s exposure during the Super Bowl. The objective was to gain three significant media hits.

Axia delivered much more, including interviews and coverage of company officials by Gannett News Service, three front-page business articles in The Florida Times-Union, a story  in the Jacksonville Business Journal and and an international feature story in Economic Outlook magazine.

In all, Axia’s earned news coverage for MPS Group and Modis brought in more than 10 times the positive audience that it had before hiring Axia.


"If we would stop using Axia, we’d lose all that coverage. I don’t know if we're Axia's biggest client, but Axia makes us feel like we're the most important."