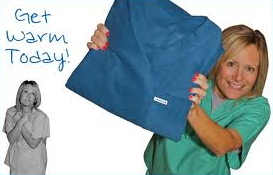 Thermscrub, an innovative medical uniform product launch, approached Axia Public Relations for help promoting its product nationwide without heavy advertising expenses. Thermscrub’s goal for the PR campaign was to market its thermal scrub nurses’ uniform from its Florida headquarters. Excited to take on a new challenge, Axia developed a strategic PR campaign that targeted colder regions like the Northeast and Midwest as well as the industry trade. Within 45 days of the campaign, Axia earned more than 62 articles for Thermscrub with a total publicity value of $1.25 million and 36.7 million impressions. Such media coverage lead to new orders from retailers and consumers, including retailers who previously didn’t accept calls from Thermscrub management. In addition, Thermscrub received requests from a home shopping network to feature its product.

Thermscrub came to Axia Public Relations seeking a public relations firm that could deliver for the start-up company, which had been burnt before by over-promising freelancers and decided to turn to the trusted PR firm professionals at Axia. Thermscrub was facing a challenge familiar to many entrepreneurs: how to mass-market a new product without breaking the bank. The company was trying to promote a thermal nursing scrub product from its base of operations in warm, sunny Florida.

Axia Public Relations, seeing the potential of this product in regions like the Northeast and Midwest, recommended embarking on a national awareness campaign – one that effectively told Thermoscrub’s story without the need for expensive advertising.

Axia Public Relations set out immediately to position Thermscrub as a new product that is “warming the hearts and hands of healthcare professionals all over the U.S.” To this end, Axia’s strategy included targeting healthcare industry media and nursing professional trade magazines, blogs and websites, earning an appearance in Scrubs magazine, among others.

Within 45 days, the Axia Public Relations firm earned more than 62 articles for Thermscrub with a total publicity value of $1.25 million and 36.7 million impressions.

Based on the initial exposure created by Axia, Thermscrub began receiving inquires from retailers that had previously ignored the start-up business. Axia struck gold when Thermscrub received a call from the Home Shopping Network, where staffers had become interested after reading news stories about the company. Thanks to Axia’s efforts, Thermscrub, a company that once struggled to gain attention, now receives orders from hospitals and clinics from as far as Hawaii.