Turfgrass America, a leading national provider of greens grass to golf courses, selected Axia Public Relations to help market its new MiniVerde putting surface, which not only ranked first nationally in ultra-dwarf bermuda grass, but The Players also debuted it in its PGA Tour tournament. With a small budget and a timeframe tighter than the Sawgrass fairways, Axia earned the equivalent of more than $63,000 in advertising dollars in just 30 days. 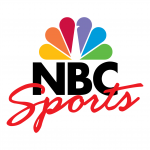 Despite MiniVerde being technically superior (as the No. 1-ranked ultra dwarf bermudagrass in the nation) to many of its direct competitors, those competitors consistently out-sold it.

Turfgrass America sought Axia’s help to enhance awareness about MiniVerde's design to recover from stress quickly and create interest in using MiniVerde among greenskeepers, golf course superintendents and golf fans. Axia recommended that public relations could achieve maximum results on a minimum budget instead of a more expensive and last-minute advertising or sponsorship campaign, which the client was considering.

Axia does great work and exceeded our high expectations.”

With a small budget and a timeframe tighter than the Sawgrass fairways, within 30 days Axia earned numerous on-air mentions by NBC Sports as well as earning media coverage in print, radio, TV and online, including Golf World, PGATour.com, ABC and NBC news affiliates, The New York Sun, and several more.

The client reported to Axia an ROI 20x its investment in public relations.