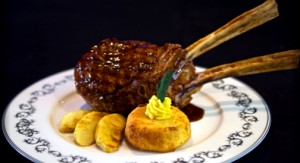 Christini’s Ristorante Italiano, an upscale restaurant founded by Chris Christini, called upon Axia Public Relations for public relations counsel and services that would bring the restaurant back to top-of-mind among consumers. Christini’s, located in Orlando, Fla., was looking for greater visibility and sales during summer months among local consumers who had either forgotten about the 30-year-old restaurant or were new to the area and not yet aware of it. The PR firm put a media relations and social media engagement campaign into quick action, which included establishing a presence in central Florida general business, dining, entertainment and tourist news media outlets. 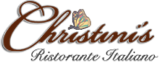 Chris Christini’s Christini’s Ristorante Italiano selected Axia Public Relations to provide public relations counsel and services to boost traffic to both the restaurant, located on Doctor Phillips, and Christini’s social media channels. Christini’s location is tucked away from the overall hustle of Orlando’s tourist scene. The upscale dining establishment sought to return to its previous glory as a dining destination with reservations and tables in high demand.

Axia pitched its business, tourism and dining contacts throughout central Florida as well as national contacts, and its expertise and relationships allowed the client exposure through pitching to various media outlets. Axia followed up with its contacts throughout the campaign and developed new contacts on behalf of Christini’s Ristorante Italiano.

Also through Axia’s efforts, Christini’s Ristorante Italiano hosted a “Dine 2 ReDefine Spina Bifida” luncheon, donating proceeds from the event to aid the Spina Bifida Association of Central Florida, a cause close to the Christini family.

Within seven months, Axia generated TV stories as well as magazine features that reached the central Florida market. Through Axia’s campaign, Christini’s enjoyed more than 50 positive news stories that were far more valuable than any paid ones up until that point.