Thank you for considering Axia Public Relations to advise you through your college or professional sports team's crisis. You will appreciate how our PR agency can become your most-valued public-relations player (MVP) if your company were up against the unthinkable – a crisis that can impact your team and the support of fans. Crises wreak havoc with hard-earned reputations and have the ability to topple a team's image, completely.

Axia PR offers public relations solutions that relate, directly, to a sports team crisis. A crises for a sports team can spread like wildfire and become out of control quickly if you don't have experienced professionals on your team. Bottom line: you need Axia on your side!

Get your free consultation
Our crisis PR success stories 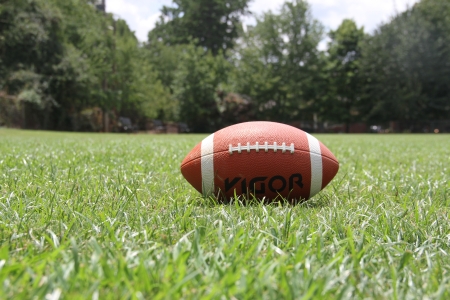 To believe that a crisis event would never happen to one's college or professional sports team would be playing Russian Roulette.  Additionally, a PR crisis badly handled vs. one handled with the utmost swiftness, precision, and professionalism, would mean the difference between reputation recovery or years of fallout.

When bad news needs to be remedied as quickly as possible, you would want to utilize the largest swath of editorial coverage, available.  Through Axia Public Relations, this would include a variety of services including a social media campaign to engage fans, stakeholders, parents, and other key parties, in a positive way.

Getting ahead of negative news stories means being accurate, accountable, and transparent, immediately!  Winning people over and regaining their trust begins with our crisis-communications experts organizing meetings with sponsors, stakeholders, the media, the public, and others to prevent the localized 'fire' from turning into an inferno.

Having the right kind of talent to administer crisis communications for college and professional sports teams makes all the difference.  Axia offers unrivaled first-class professionals including award-winning news reporters and consultants, communications experts, and other gifted industry experts.

Our experts would be ready to fully assist your college or professional sports team with a premeditated mitigation strategy that would allow an existing crisis to be dealt with confidently and swiftly.  Stopping the bleeding – the correct way, and as soon as possible –would be a prerequisite!

At Axia, our PR is measurable.  That means you can track the outputs, outtakes, outcomes, and impacts of our PR efforts.  You would always be up-to-date on how our tools, technologies, and talents would be making a positive influence and operating in your favor!

Contact Us Today for Your Free Crisis PR Consultation!

There’s no question your company could benefit from an expertly run crisis communications management campaign and crisis plan! Visit our Become a Client form, give us a call at 888-PR-FIRM-8 (888-773-4768), and let’s schedule a free consultation to go over your teams’ PR needs.