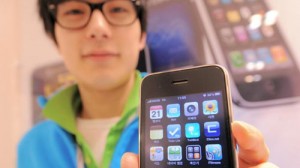 Mobile devices are quickly becoming today's consumers' first choice for accessing the Web and email. For a growing number of Web users, mobile devices are now their only choice for a growing number of online activities, including email. While this poses an additional challenge to advertisers (only slightly more than one in 10 mobile users say they pay attention to sponsored stories or links), it represents a great opportunity for public relations professionals to highlight digital PR's strengths in reaching additional audiences in the digital market.

According to a survey conducted by Prosper Mobil Insights, more than half of mobile users say they check their email only on a mobile device. Only slightly less than half say their Internet searches are mobile-only and more than 40 percent use Facebook only on their mobile devices.

Nearly seven in 10 smartphone or tablet users say they do at least one Web-based activity only on their mobile devices.

Mobile users saying they conduct the following Web-based activities only on a mobile device:

Since earned media coverage, including social media, is one of the most important aspects of a strong digital PR campaign, the high numbers of Facebook, Twitter and Pinterest users going mobile-only highlights the need for companies to invest in mobile pubic relations to reach the maximum number of consumers.

Get our do-it-yourself guidelines for social media management.